Druid Theatre FUEL Programme’s 2017 participants have been announced. FUEL is Druid’s artist residencey programme for ambitious artists on the cusp of developing a significant piece of original work and was instigated in 2014. It offers a 9 month training opportunity to the successful applicants including workshops with theatre professionals and showcases of their work in the Mick Lally Theatre.

Mairéad Folan: Mairéad is a bilingual freelance theatre practitioner and founded No Ropes Theatre company in 2005.

Jacinta Sheerin: Jacinta is an actor, playwright and theatre maker originally from Dublin, living in Co.Clare.

James Ríordan: James trained in physical theatre at LISPA in London and the ATP in Berlin.

Sarah O’Toole: Sarah trained as a theatre director at Middlesex University in London, Russian Academy of Theatre Arts in Moscow (GITIS) and ISI, Denpasar in Bali.

Their full bios cant be found here. Congrats to all!

Star of the Sea by Moonfish Theatre is an adaptation of the eponymous Joseph O’Connor novel currently on a nationwide tour. From the outset there are moments of captivating stagecraft, from yardbrushes mimicking the sound of the sea to handwritten transitions and translations projected onto oversized scraps of manuscripts and ledgers. The narrative jumps in … Read more 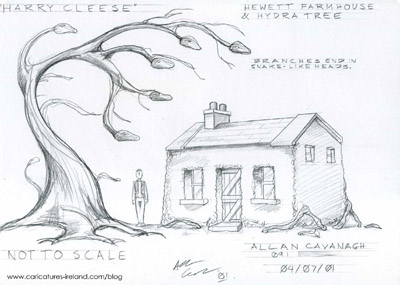