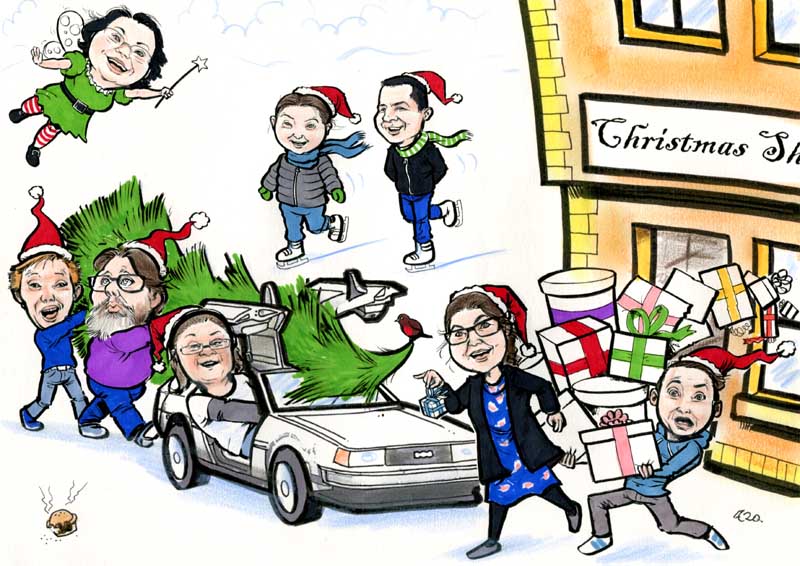 In November I was commissioned to illustrate the Blue Teapot Christmas card for 2020. I visited their premises on Munster Avenue (my first time there!), had my temperature taken (I was cool enough) and then met the current cast for the first time to take some photos for the basis of their illustrated Christmas tableau. After a year of essentially being starved of meeting other people working in the arts I cannot begin to describe the holiday this brief meeting was for my brain. Being able to sit down over socially distanced coffee and croissants discussing their future production plans was cathartic. I even got my own special visitors mug for my coffee while I was there. After meeting the actors and chatting theatre for a while I took photos of each of them posing in various emotional states that might be needed in the card! I had a brief for what should be in the card (including specifically a DeLorean, and who doesn’t love drawing a DeLorean!) so it was a question of getting the expression to fit the situation. I then worked out a rough composition for the card for approval from the company. 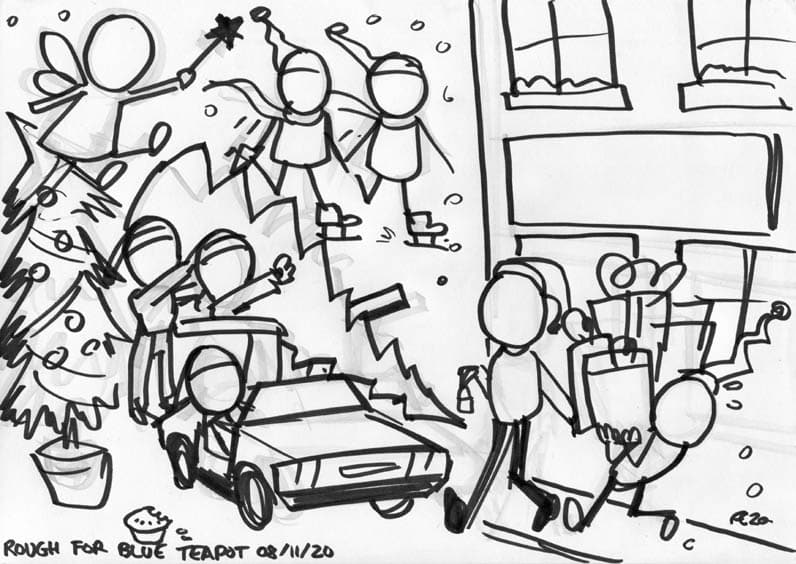 The composition was adjusted based on feedback and the project moved to completion. We had a grand unveiling in the Blue Teapot premises where the cast assembled and I revealed the artwork from behind a virtual red curtain on a screen. Let’s just say the reactions put a spring in my step for the rest of the day!
The Teapots sent out 500 cards and I was lucky enough to make the list this year (I must have been well-enough behaved :D) I was delighted to get the card in the door and it’s sitting with pride of place right in the middle of the mantlepiece at home. 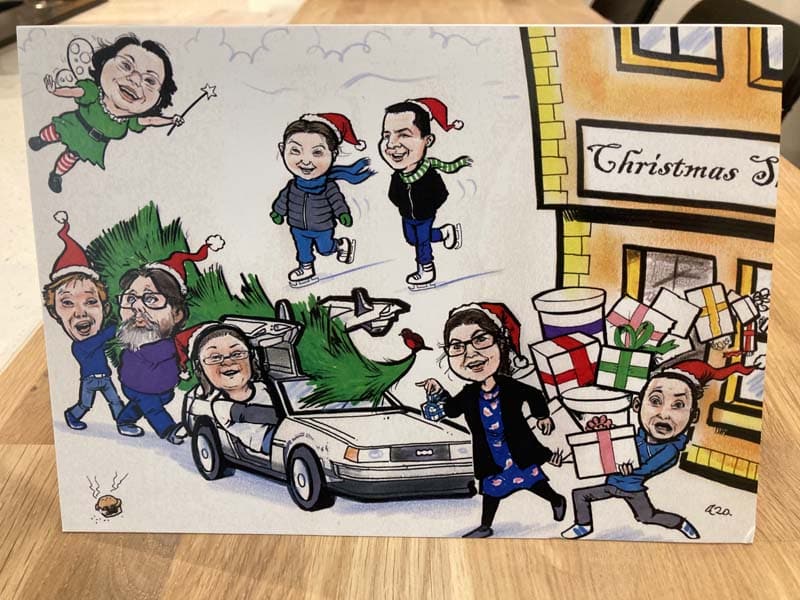 After our initial meeting I watched Blue Teapot’s feature film Sanctuary and I highly recommend it if you’ve not seen it before. It’s an emotional, hilarious, and very sophisticated piece and was partially responsible for bringing about a change in law in Ireland. The whole film can be watched on Vimeo. 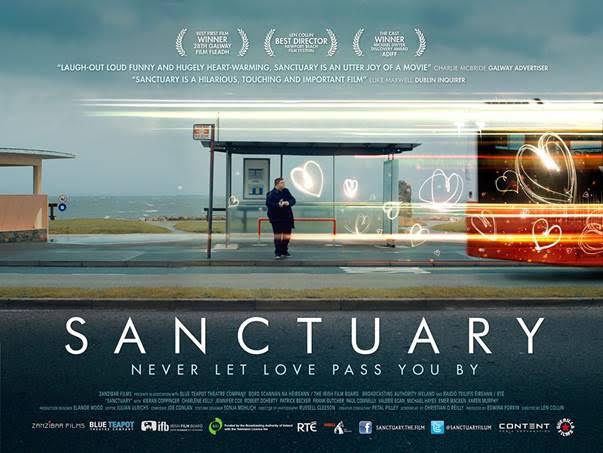 I’d like to thank (in no particular order) Paul, Emer, Charlene, Michael, Valerie, Kieran, Jennifer, Patrick, Hillary, and Petal for having me contribute to the festive celebrations of their great theatre company!

This post is probably a good place to wrap up for 2020. I won’t be taking any more orders for the remainder of 2020 however you can still order for birthdays, weddings, retirements, graduations, or any other event happening in 2021 (I’ll be back full time from around the 6th January). Thanks to everyone who has supported me this year, at times it was looking very bleak but I think I should be able to sustain myself now until we’re getting back to some sort of normal. So many people went out of their way with kind words and wallets this year and it is deeply, profoundly appreciated more than you’ll ever know. Please enjoy your Christmas in whatever form it ends up taking, know there’s a light at the end of the tunnel, and have a Happy New Year Sometime Around Mid-Summer When The Vaccine Is Rolling Out.