I was a bit apprehensive about Star Trek Discovery, given the comings and goings behind the scenes, and the “new” Klingons, but having watched the first two episodes last night I’m enthusiastically on board. The production values are very high and the performances are excellent. Sonequa Martin-Green gets opportunities denied her in the flat, miserable and nonsensical Walking Dead, and she really shines here. Doug Jones does his usual living-special-effect with earnestness and affection. Some of the dialogue is clunky but I was sufficiently mesmerised by the visuals for it to wash over me. The visuals are spectacular. Star Trek Discovery owes as big debt to the visuals of Alfonso Cuarón‘s Gravity as well as nods to Star Trek the Motion Picture and even Iron Man (that space suit had some very Starkesque styling). I was grinning from ear to ear after Georgiou and Rainsford got “lost” in the desert, and if you’ve seen it you’ll know why.

The title sequence is very fresh while being graphically and sonically very Trek, so we can put the fear of another jeans ad anthem to bed (Enterprise!)

The Klingons… I’m hoping there’s a canonical reason for the completely different look. A lost tribe of Klingons we’ve not seen before. What I’m anticipating is that the Klingons we all know and love are going to be retconned into being a subservient caste that rise up against their baroque Discovery masters, and they are who we see in ST:TOS, TNG, DS9. Having all their dialogue in the Klingon language was risky but it worked very well, even if their Klingon sounded a little stilted!

I’m also dubious about this occuring in the Prime Universe. I have a theory that the Kelvin split occurred earlier than the destruction of the Kelvin: I think the splinter occurred back in Enterprise with the temporal civil war. Discovery is stylistically too close to Kelvinverse to feel like the Prime Universe.

Also, if Zachary Quinto’s Spock doesn’t turn up in this at some point I will eat my plastic Vulcan ears.

So Star Trek Discovery gets a cautious 4 out of 5 for now. It’s great to have a new Star Trek show that doesn’t make you shout at the television, and that’s been since DS9 for me. Star Trek Discovery is visually stunning with great action sequences but it needs to get off the warp core and explain itself. 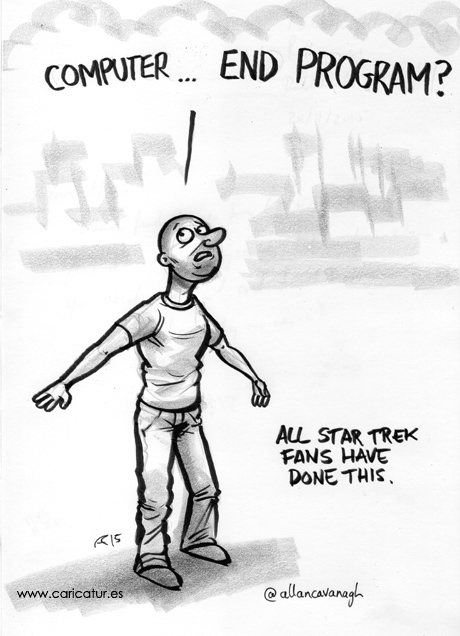