Skip to content
This is something I worked on with some friends last year. They’re due to start shooting it in May having secured some funding, so I popped it up on YouTube. I’m going to put up the trailer they made when I get my hands on it, and hopefully the finished short. It’ll be interesting to see the page-to-screen process.
As for the storyboard, it was rattled out over a few meetings. This is the original storyboard: 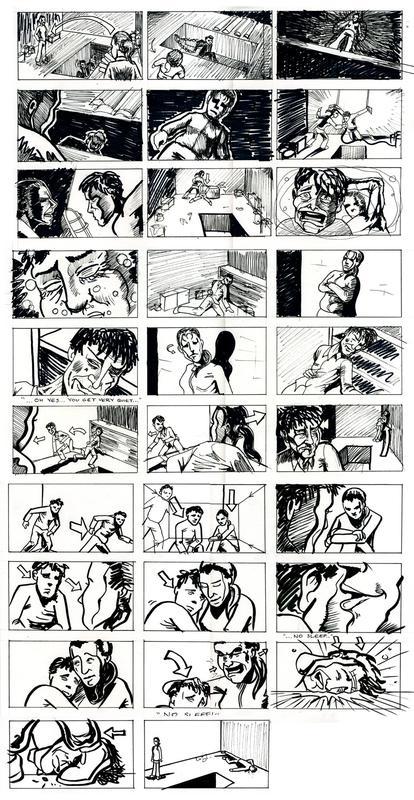 but I fancied seeing how it read with transitions etc. I scanned each frame, put them together in Windows Moviemaker and dropped some music over it (Aphex Twin and Matrix soundtrack respectively!). It only took about half an hour and there’s no dialogue but it really helped to see it moving, even in this limited way.
I’ll be posting more about the film as it progresses.

1 thought on “Storyboard for a Short Film on YouTube”