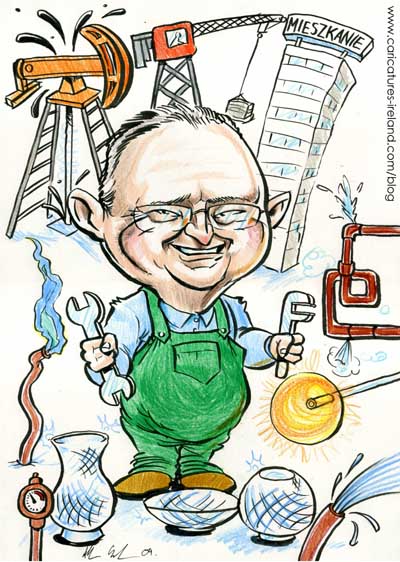 Here’s a sequence of caricatures I did last week for a surprise 60th birthday party. Each one tells the story of an aspect of the subject’s life, such as his family life and interest in the nags and dogs. They were part of a presentation made by his son for a presentation on his life, a cartoon version of This Is Your Life in fact. Each piece was also framed and presented to him.
I worked late into the night to get these done, and that’s often a very lonely experience, and I usually go a bit mad at some point when I’m doing very late ones. This time though I had Twitter open, and it was actually good company and made it easier to keep going. @Eolai, who’s a painter (and is having a sale of work at the moment, check them out) was doing an all-nighter too, so we were having cups of tea and stepping back to look at the work and generally chatting. @Midnightcourt was on a late one as well, preparing his briefs or washing his briefs or whatever he was doing, and popped in for a chat. When I got up the next morning @ElaineEdwards had checked in on us around 7am to see if we’d gotten finished.
Late ones aren’t particularly a favourite thing to do, but having company, even virtual company on Twitter, really helped.
I believe the party went well, and thankfully the caricatures arrived in one piece (tip: NEVER write “fragile” on fragile items when posting, no matter how well packaged!). 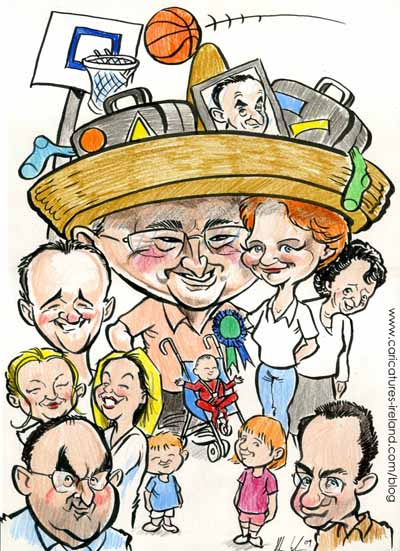 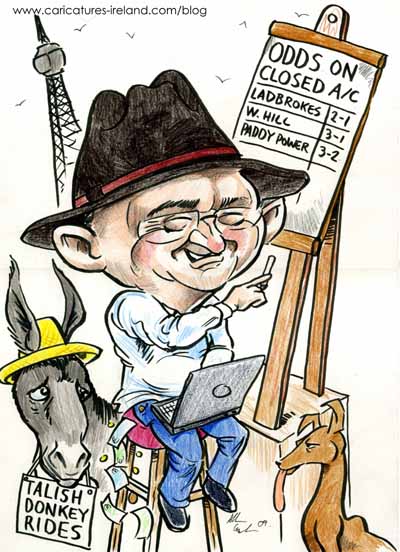