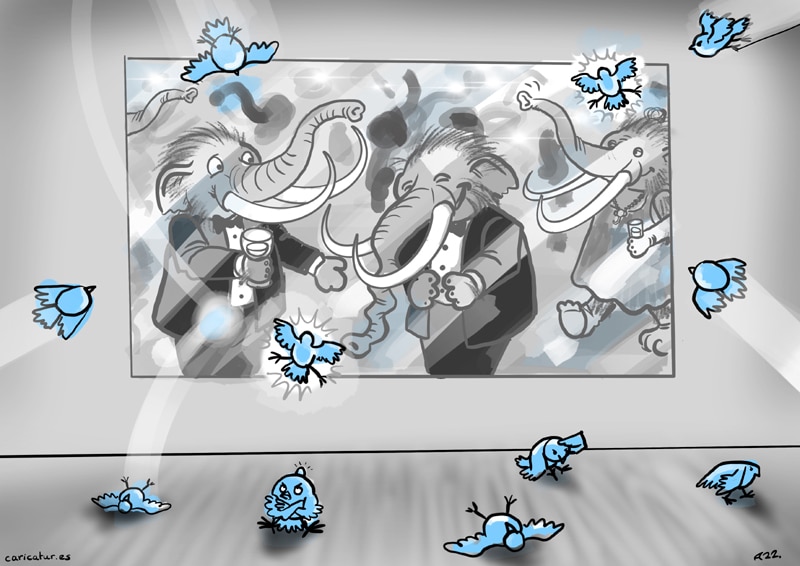 I joined Mastodon at the end of October when Musk arrived with his wrecking ball at Twitter and I must say, after a bit of getting used to, it’s nicer. Very similar UI but messages (ahem, toots) appear chronologically and there’s a brilliant tool where you can mask your message with a headline, so if it’s not something someone else wants to see, they can scroll right over it. I’d pretty much baled from Twitter in June when it was just creaking under the weight of deliberately annoying content (on a good day; copious racism, sexism and bigotry on all the other days). Of course this is by design to get you engaged, ie, despondent and enraged and wanting to vent, drawing you into the spider web of negativity that Twitter has become. Kamikaze flies launching themselves willingly into the maw of the algorithmic spider.
Anyway a lot of the baked-in negativity of Twitter is just not there on Mastodon. I’ve read a few pieces by long-term users that are overwhelmed by the influx of new users as there was an existing ecosystem of etiquette that’s been very disturbed if not shattered. Still in saying that it’s a much nicer, cooperative experience so far. Long may it last. Musk’s playing Jenga with an inner ear infection on the other place. The good has gone, and it’ll be gone for good.

I’m Allan Cavanagh and I have been professionally producing caricatures and cartoon art for over 20 years.