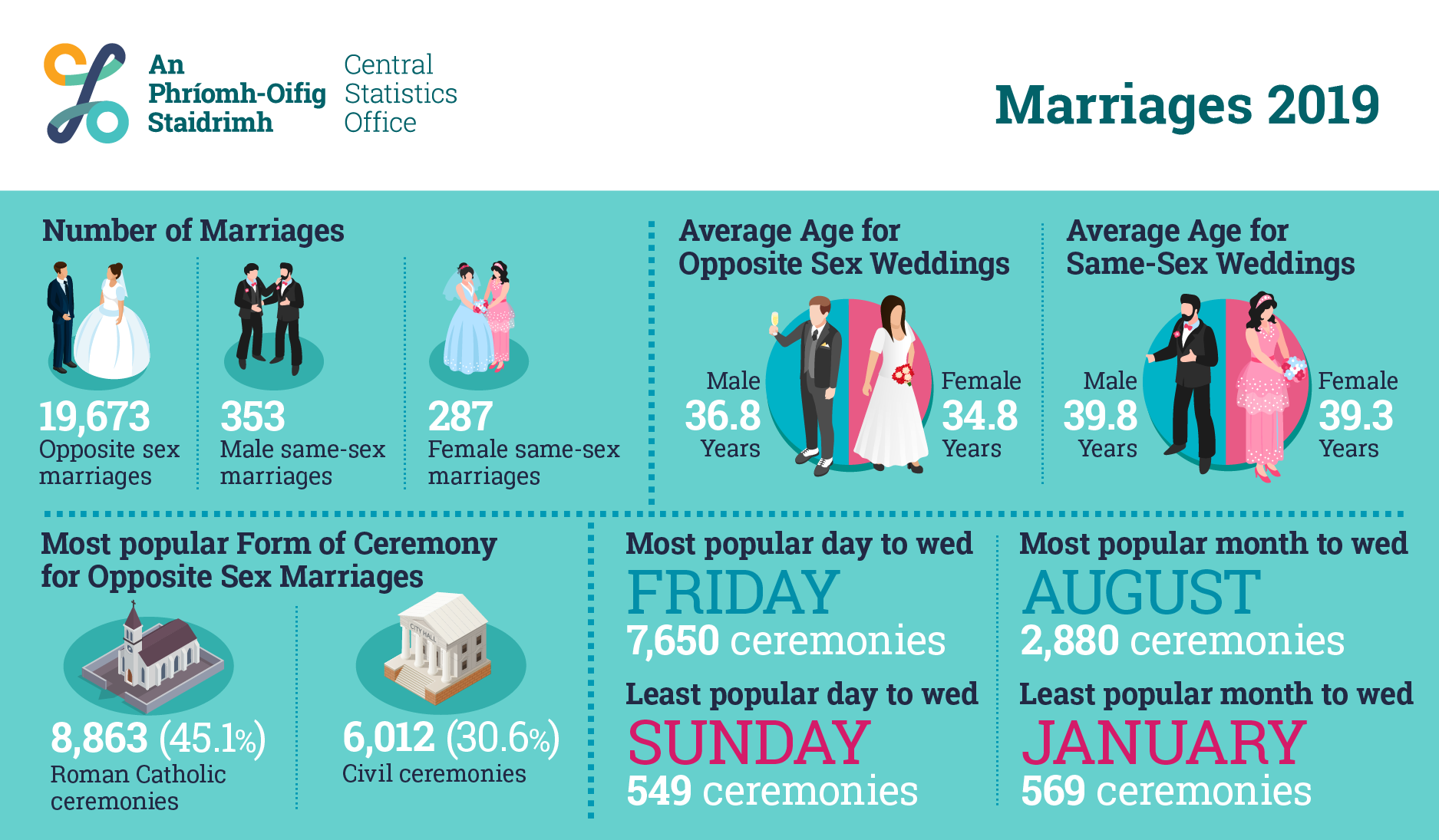 The Central Statistics Office has released the 2019 figures for new marriages in Ireland. As someone who works in the wedding industry (whenever that’s back up and running!) I will of course be studying these statistics to see how to spread the news about live caricatures being a fantastic way to entertain your guests on your big day!

There were 20,313 marriages in 2019 including 640 same-sex marriages. Unsurprisingly August was the most popular month. I usually sell August out for live caricatures for weddings. August 2020 still largely hangs in the balance for me.

You can see a breakdown in the difference between 2019 and 2018 in this table:

Next year’s statistics will be very interesting as every wedding this year from mid-March until at least 5th May and most likely beyond has been cancelled. I’ve had several months of cancellations at this stage, even some October weddings have moved, most are postponing until next year and a few have pushed back until later this year. The CSO statistics for marriages in 2021 will probably be almost double what they were for 2019, and you’ll see a lot more mid-week weddings, and quieter months like January and February will most likely show up as more popular as the available slots for 2021 in hotels and from wedding suppliers narrows. It’s been a tough couple of months for couples having to reschedule and everyone in the wedding industry from hotels and other venues, their staff, to photographers, cake makers, wedding bands, and even humble caricature artists. Hopefully 2021 will see a more normal year of celebrating weddings for us all.

You can see the complete and comprehensive data from 2019 weddings over at the CSO website.