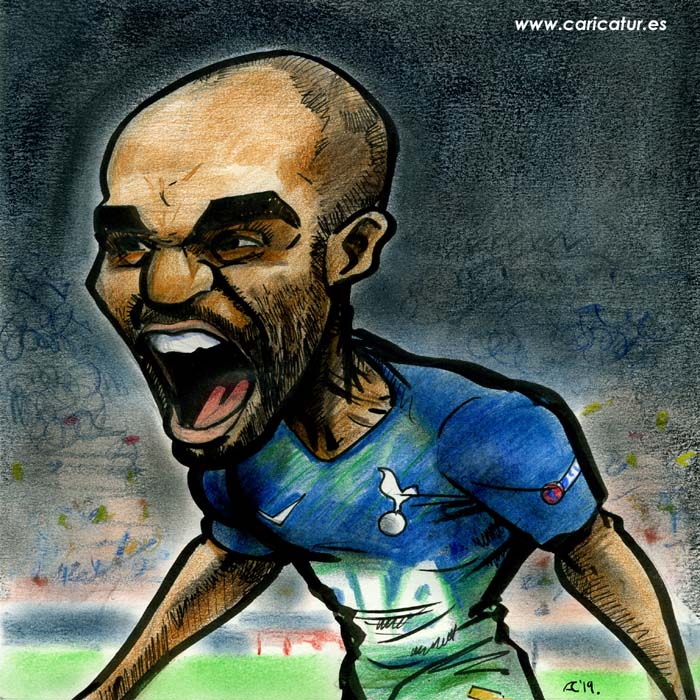 Lucas Moura caricature by me for the lastest Double Vision column from Charlie:

Chelsea and Tottenham are traditional hardcore rivals, but I went doolally when Lucas Moura put in his third goal last Wednesday night.

[Prints of this cartoon are available. For details contact me here.]


Illustrating Charlie’s column is a real football education for me. I’m always meaning to draw more caricature portraits of footballers but it’s a rather packed field (see what I did there) but Charlie’s column often affords me the opportunity to research a face and put a name to it at the very least. I did see some emotional outpouring on Twitter over this match with many people saying it had restored their faith in football.

I mean, Game of Thrones is over (I haven’t watched the finale yet so shush) so maybe if they get a few dragons on board I could get into the Premiership. Game of Thrones ending is a real tragedy for football pundits who like to make comparisons with the beautiful game. And cartoonists.


I based this caricature of Lucas Moura on this lovely reaction shot by Dan Mullen from Business Insider. I’m getting really into using chalk pastels for backgrounds, you can build up some nice diffuse effects like focal length. And I mean Moura’s hair was just a treat to draw. It’s a good regulation haircut.

I have been illustrating this column since 2003 (with a break of several years). My cartoons used to appear alongside the columns in the now-defunct Tribune Life section of the Connacht Tribune. It ceased publication in 2009 and Charlie’s column moved into the main paper, sans cartoons. Last year I contacted Charlie about starting up a fresh batch of cartoons for publication on his own Double Vision site after the columns have gone to press in the Connacht Tribune. So there’s now over a year’s worth of fresh cartoons based on the column again. More Double Vision cartoons here.