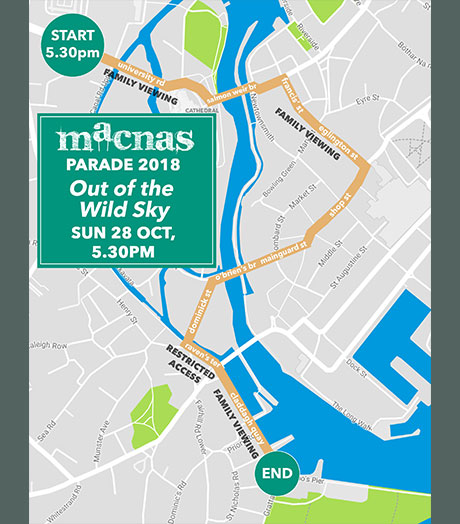 Recommended family viewing is on University Road, Eglinton Street or near the end at the Claddagh Quay. 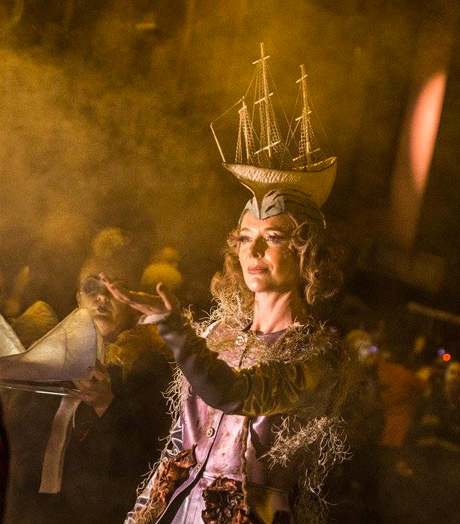 Macnas Parade 2018: Galway’s street theatre troupe has announced this year’s Halloween Parade to hit the streets of Galway City this October. Titled Out of the Wild Sky it will weave its way from the Macnas workshop in Fisheries Field through the city where crowds of thousands will marvel at the creations.
I spoke to Artistic Director Noeline Kavanagh a few years ago about how she got involved in Macnas.

To make the magic happen Macnas is once again seeking the support of the public. You can lend a hand by clicking here and donating what you can. Think of it as the cost of admission for your family to enter the lucid dream of a slumbering city. I was involved with Macnas for a number of years after seeing a performance in Carndonagh when I was 18 years old. It made such an impression I ran away to Galway and joined the company straight out of college. Exposure to Macnas is good for the imagination of young and old alike, and brings a tremendous buzz to the city, so throw what you can in the pot. I’ll also update this post when the route for the Macnas Parade 2018 is announced.
Macnas also requires volunteers for both stagings of this production.

Out of the Wild Sky will also be performed in Dublin on Monday 29th October as part of the Bram Stoker Festival.