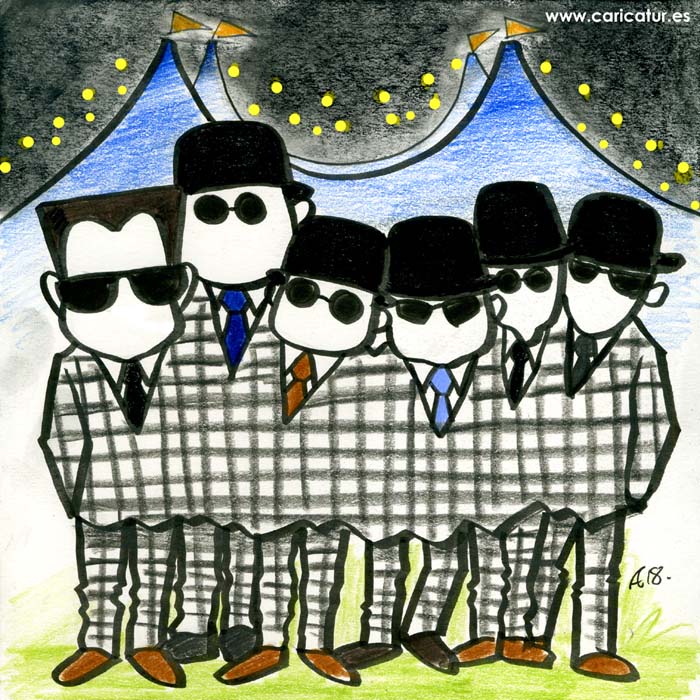 “High above me, pumping out of the tannoy speakers in the warehouse roof, this booming voice announced itself by speaking Jamaican words with a white London accent.


I was at this gig in the remarkably unmuddy Fisheries Field (I suppose that rain bounced off the drought-hardened field!). It was the expected collection of vintage Galway music aficionados, people whose youth corresponded to Madness in the charts, and they were beaming from ear to ear. I spotted a very happy looking Mister Adley in this crowd. It’s always funny for me going to the Fisheries Field, I spent most of my 20s working for Macnas and I was down there practically every day of that period. It’s all gated now, and has a nice thoroughfare from NUIG via a bridge down to the student’s union. I have many, many fond memories of creating art down there with a team of amazing people, and I get nostalgic for it sometimes as someone who’s now self-employed. We started the night out with a trip to the newly re-opened Taylor’s Bar, which was another trip down memory lane. Of course Macnas and the Arts Festival divorced a number of years ago but the parade build would be happening at the same time as the festival big top was going up and it was so much fun. Cups of tea would be delivered to security men in advance of the wink and the nod the night you wanted to go to one of the big top gigs.


Madness in the Festival Big Top was great craic and a rare night out. I also got to see Jenny Cunningham’s work in the Festival Gallery behind the Tribune which was absolutely excellent. Jenny’s one of our best artists. We took The Little Man to see the inflatable Moon in NUIG but he wasn’t too bothered!

Head on over to Charlie’s for a read of experiencing the early days of Madness in a London warehouse in 1979.