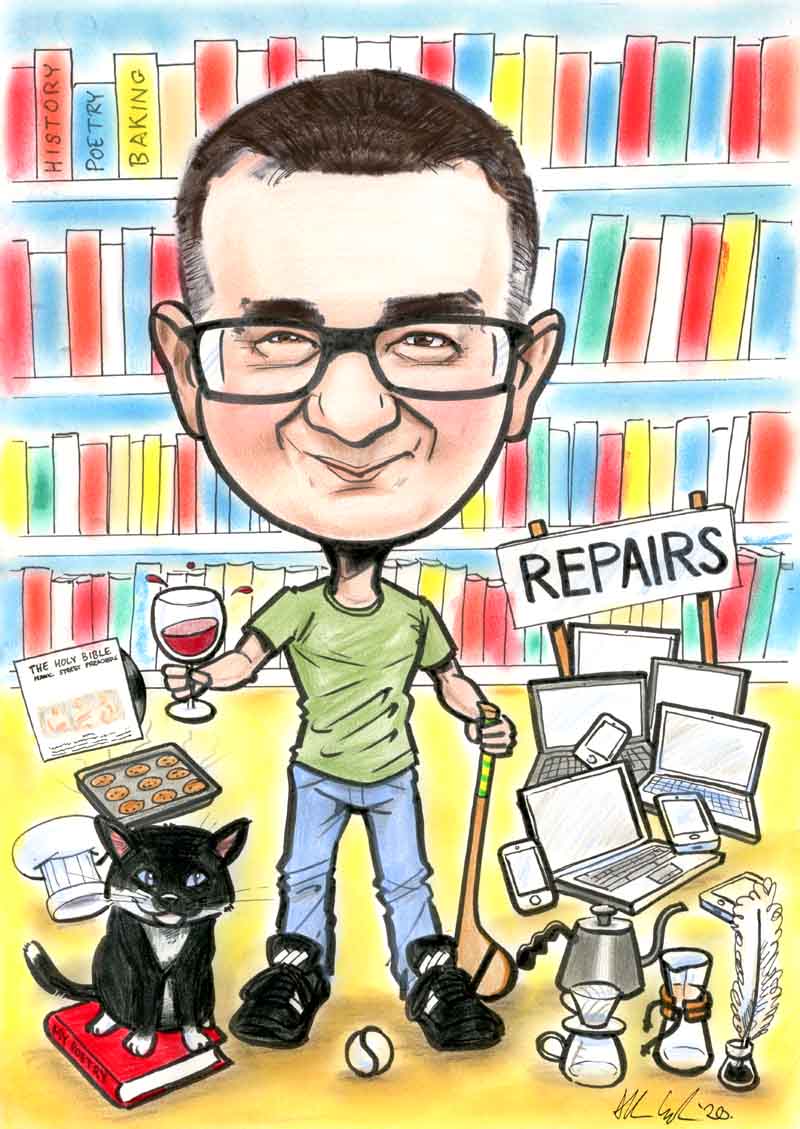 This was a birthday gift caricature for the pictured gentleman! He’s a writer with an interest in history, poetry, baking and coffee, and there’s plenty of coffee-making paraphenalia included! There’s also a quill and ink included in the foreground. The baking is represented by the tray of biscuits and the baker’s hat! He’s on the receiving end of computers and phones that need updating or repair, so I’ve included those too. He’s also a former hurler Also so I’ve included a hurley with his team’s colours (yellow and green). In the background you can see The Holy Bible by Manic Street Preachers. He’s also a fan of a glass of red wine! Last but not least his pet cat makes an appearance in the foreground, “looking after” his book of poetry.

I’m very lucky to have this: