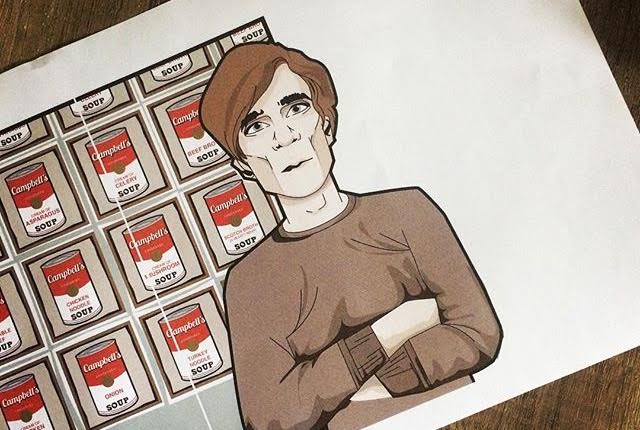 France-based Irish artist Emmy Knight is launching an exciting illustrated book on Andy Warhol. This Andy Warhol Cartoon book will aid art history teaching, and help parents nurture an interest in art for their children. The illustrations I’ve seen so far are gorgeous.

Pip Knight’s Andy is an idea that has been bounced around The Folded Bear Studio for a long time now. The lead creative, Emmy Knight, studied art history in school and found the details easier to remember in the form of a visual aid. She tells me this idea evolved over many cups of tea, into a classroom aid for a printing techniques class for eight year olds. 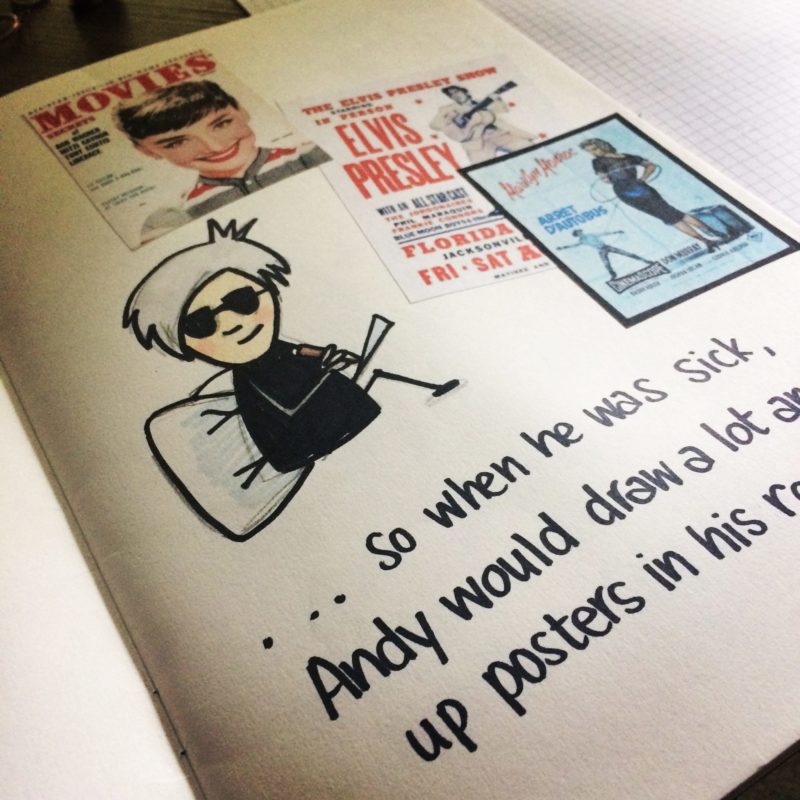 “The book has come to life over a natural development to what it is now. It’s a calm, colourful telling of the life and work of Andy Warhol. This first draft is aimed at 5- to 8-year-olds but there’s no reason adults can’t enjoy it too. Andy was just as colourful as his prints.”

Andy Warhol is considered one of the most important artists of the 20th Century. He was responsible for the Pop Art movement. His silkscreen prints of Campbells soup cans and Marilyn Monroe are instantly recognisable around the world.

The Andy Warhol cartoon book is the first in a series of seven. This series will help explain the creation of some of the most iconic work of the 20th century. This collection will become a study aid for secondary school/high school students just by changing the accompanying text in a subsequent edition.

The finished product will be a 22.5 centimetre square softcover book. It will contain bright illustrations designed to reflect Andy’s iconic printing processes.

This is a wonderful project I’ll be supporting myself. Producing a book is expensive but you can make it happen by effectively buying it in advance through Emmy’s Kickstarter.

It’s an all or nothing Kickstarter. This project will only be funded if it reaches its goal by Thursday, August 31 2017. Your pledge only goes to Emmy if she makes her funding target. Pledges start at €5 but you can buy the book in advance for €25. You can make your pledge here.