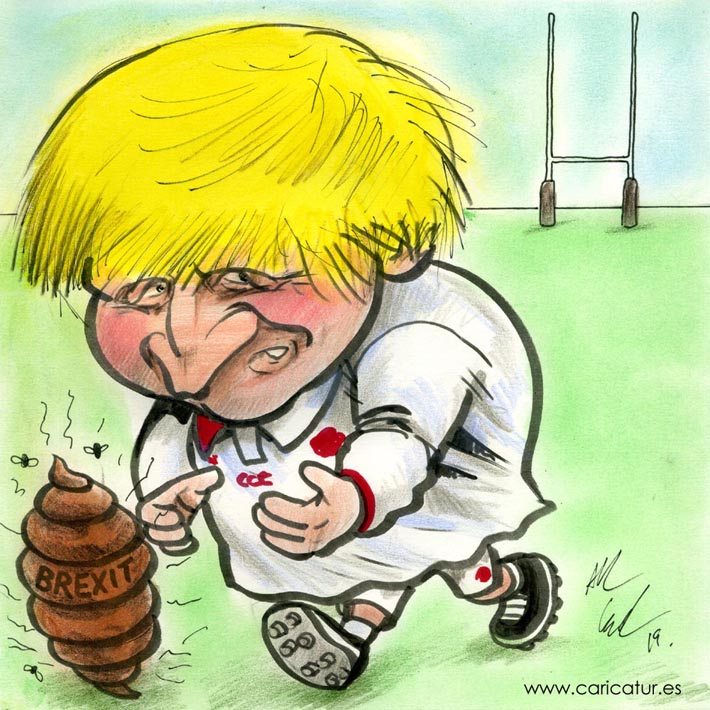 Yet another cartoon of this hateful kitchen mop of malice and avarice, this time in a rugby setting that I assure you was very topical at the time what with the Rugby World Cup being on and Britain still having a government (it’s from October, absolutely hot off the press this cartoon!)
Of course this illustration of the shit-grabbing Boris Johnson illustrated Charlie’s column from the time:


“Although I’m Irish now, I have lived as an Englishman in Ireland for nearly 30 years, and nothing makes you feel more patriotic than being perpetually blamed for 800 years of history that was nothing to do with you. ”


I took a wee break after this cartoon to work on the Galway Cartoon Festival but I should be back to a weekly cartoon from this weekend on, and Charlie won’t have to recycle old cartoons for the column.