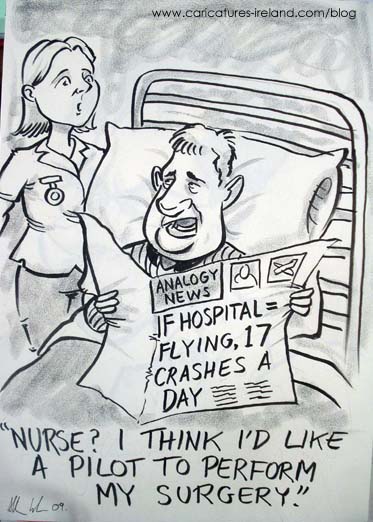 NOTE: These cartoons are free to use for charities and students but require a credit. All other use needs permission and may involve a fee. Contact me for details. For print use “Cartoons by Allan Cavanagh” and online use should have a link back to www.caricatures-ireland.com/blog using the anchor text “Caricatures Ireland”.
Last month I was invited over to Cardiff in Wales to help document the Cardiff Centre for Health’s pilot Quality Improvement Academy. This was a three day long course, attended by health care professionals and students, of talks, case studies and role playing investigation into accidents in healthcare, and it was equal parts fascinating and terrifying. I actually learned a lot about the anatomy of needless deaths in healthcare, and like so many accidents it’s a series of systems failures and lack of proper communication that contribute to fatalities. One of the speakers, Philip Higton, is a former airline pilot who now coaches on accident avoidance. He showed a video of a colleague, also a pilot, whose wife died undergoing routine surgery because proper communication protocols were not in place. In airlines, pilots specifically tell the co-pilot what they should say if they see the captain messing something up. They give licence for the co-pilot to disregard their superior rank. No such protocol was in place in the case of this gentleman’s wife. Three consultants were involved, and all three of them went back to work. This was exactly what the pilot wanted to happen: the three consultants would never make the same mistakes again, and would disseminate the knowledge of what went wrong among their colleagues. It was raw and upsetting to watch, and had a really deep effect on the attendees.
I drew cartoons on the spot as the concepts and issues were being discussed. More of the cartoons based on the themes of the academy follow: 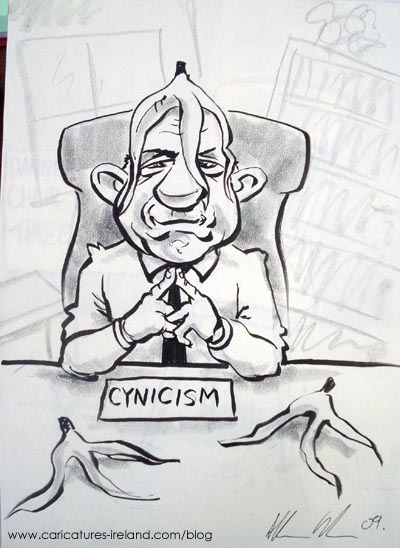 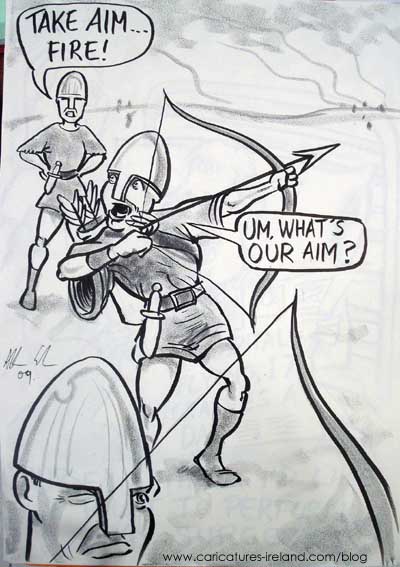 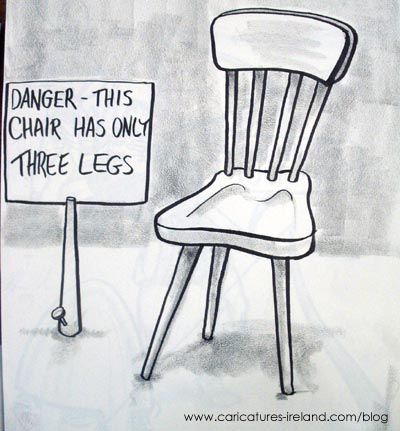 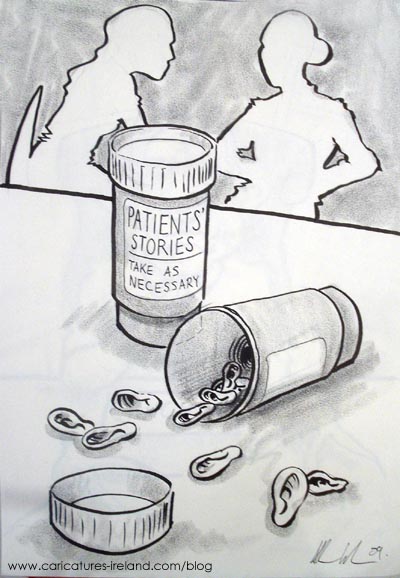 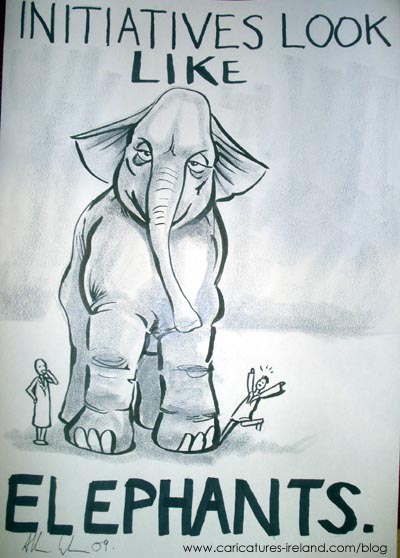 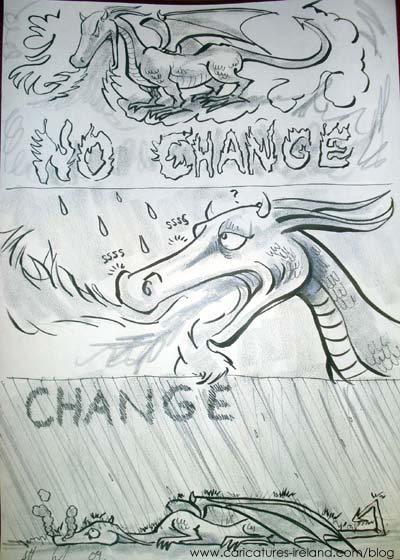 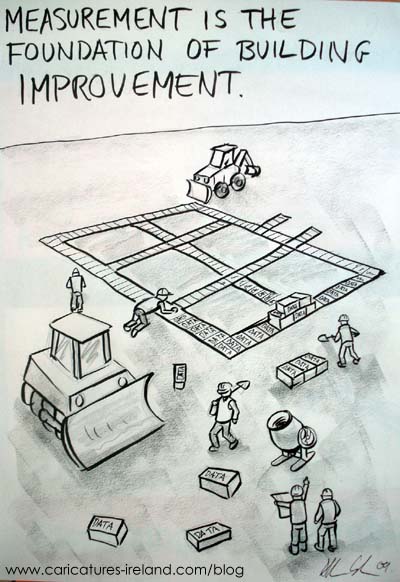 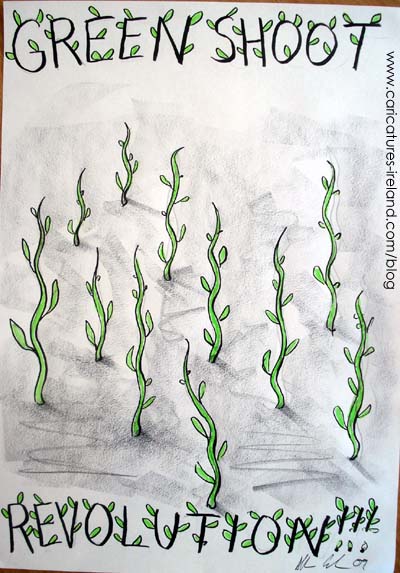 1 thought on “Cartoons from the Quality Improvement Academy, Cardiff.”