I was asked by Dr. Andy Shearer of NUIG to contribute some cartoons for his lectures during the CERN exhibition here in Galway (until 4th November). His lecture to transition years consisted of explaining the Higgs boson and the Large Hadron Collider and he had the novel idea of (adapting ideas from Rolf-Dieter Heuer’s lecture here) using Jedward to explain! 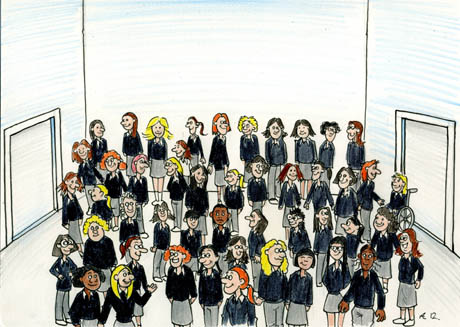 Here we have a room full of transition year girls, representing the Higgs field, which permeates the universe. 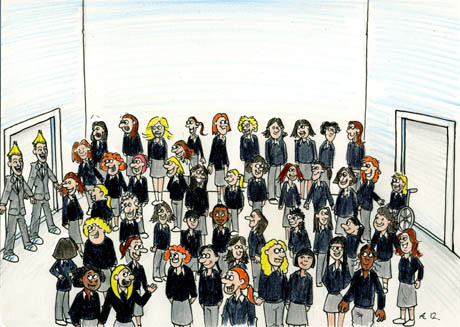 Jedward (here representing the Higgs boson) enter the room and get a reaction. 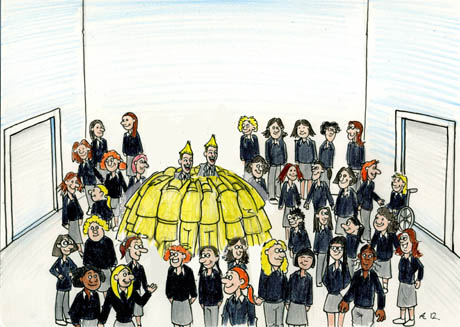 The Jedward fans swamp Jedward as they attempt to cross the room, just as the Higgs field interacts with the Higgs boson, thus creating mass. 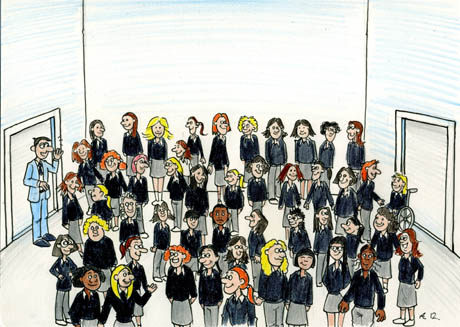 Alternatively, Jedward are announced, but do not appear. 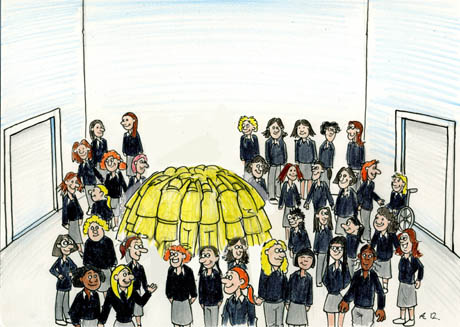 The “field” reacts by “creating mass” even in the absence of the, oh hell let’s call it the Jedward boson. 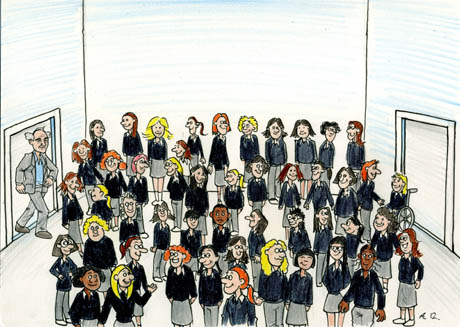 Another type of particle, here represented by a physics lecturer who may or may not be Dr. Shearer, enters the room without any reaction. 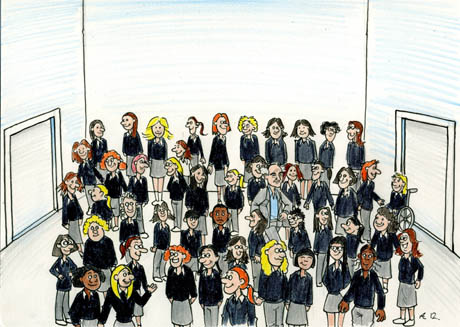 This particle may pass through the Higgs field without interaction.
I also did a pair of cartoons illustrating the effects of low energy and high energy proton impacts (represented by laptops!) in the Large Hadron Collider: 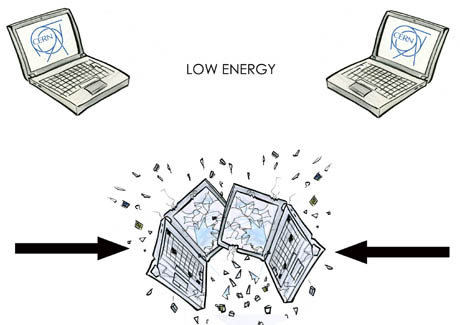 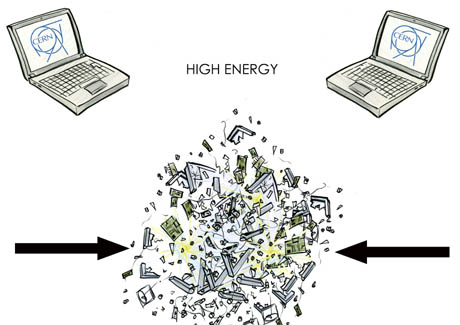