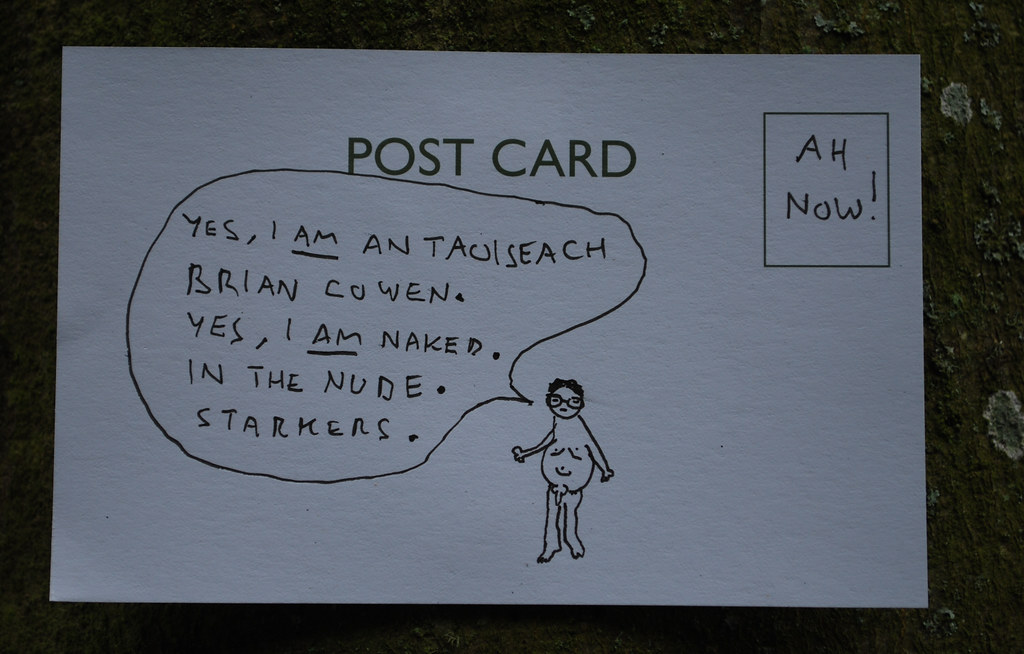 Fústar‘s been on to me. He wants everyone to send him a nudie postcard of Brian Cowen:

Ok. I hereby want to encourage every single person reading this to send me (via post) a nude Brian Cowen postcard (ask for my address and it will be given). If we gather enough together I’ll find a way to exhibit them publicly. If some fail to arrive then we’ll also have “postalgate” to concern ourselves with. This is not a joke. I genuinely want to do it.

You can contact him at fustar[at]fustar.info for his address. Either print mine or Conor’s on a bit of card or even better, make up your own!