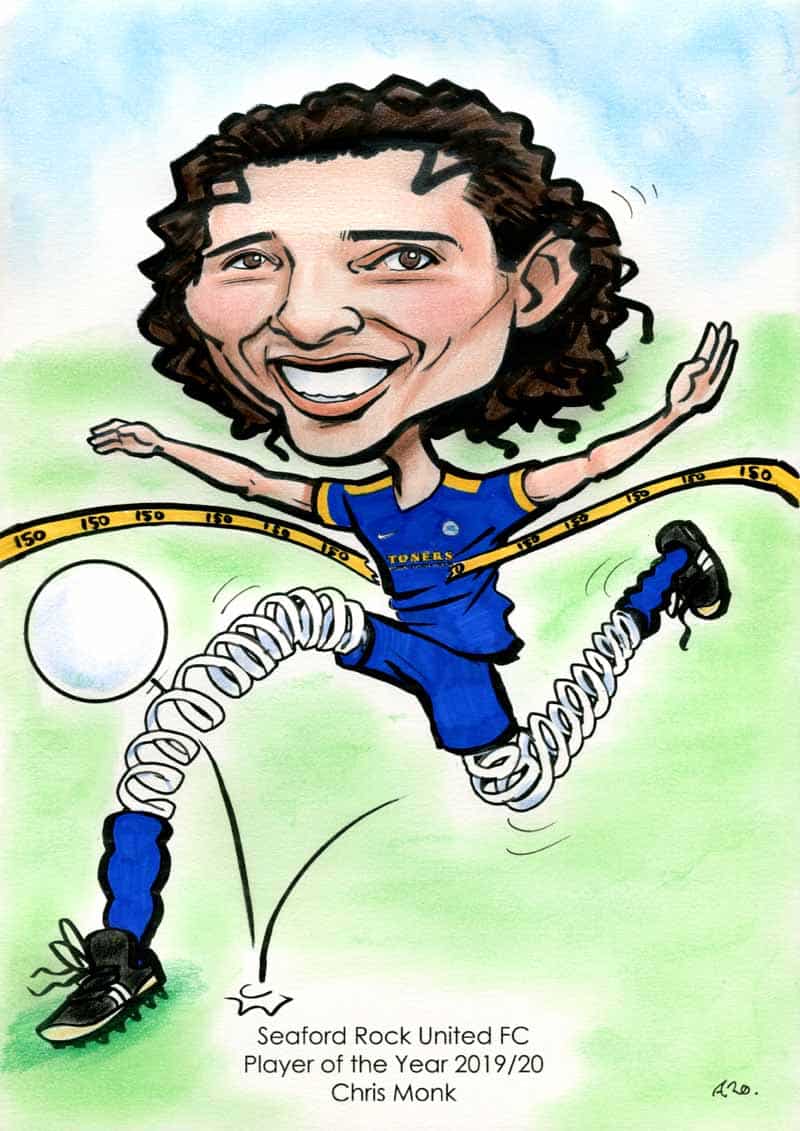 Congratulations to Chris Monk of Seaford Rock United who was recently named Majors Player of the Year 2019/2020. This caricature was presented to him in acknowledgement of his achievements with the team. Apparently he can get his legs anywhere the ball is (and judging from the reference photos that includes over his shoulders!) hence the … Read more 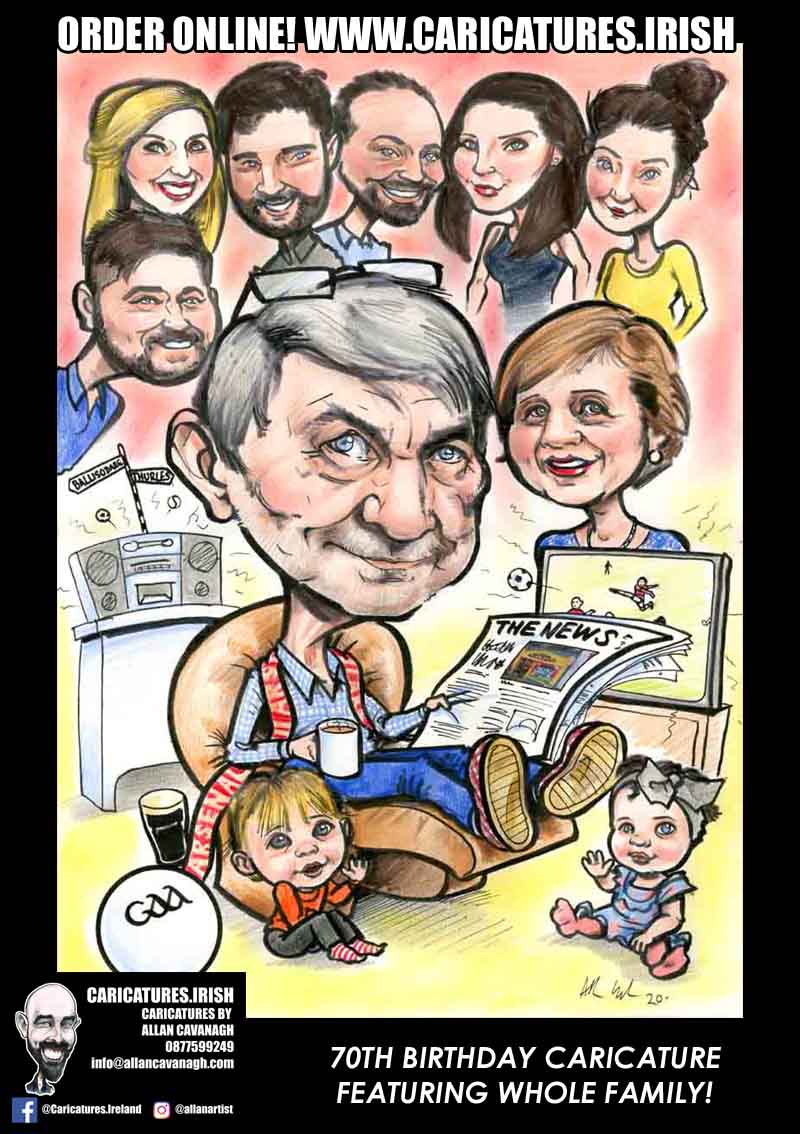 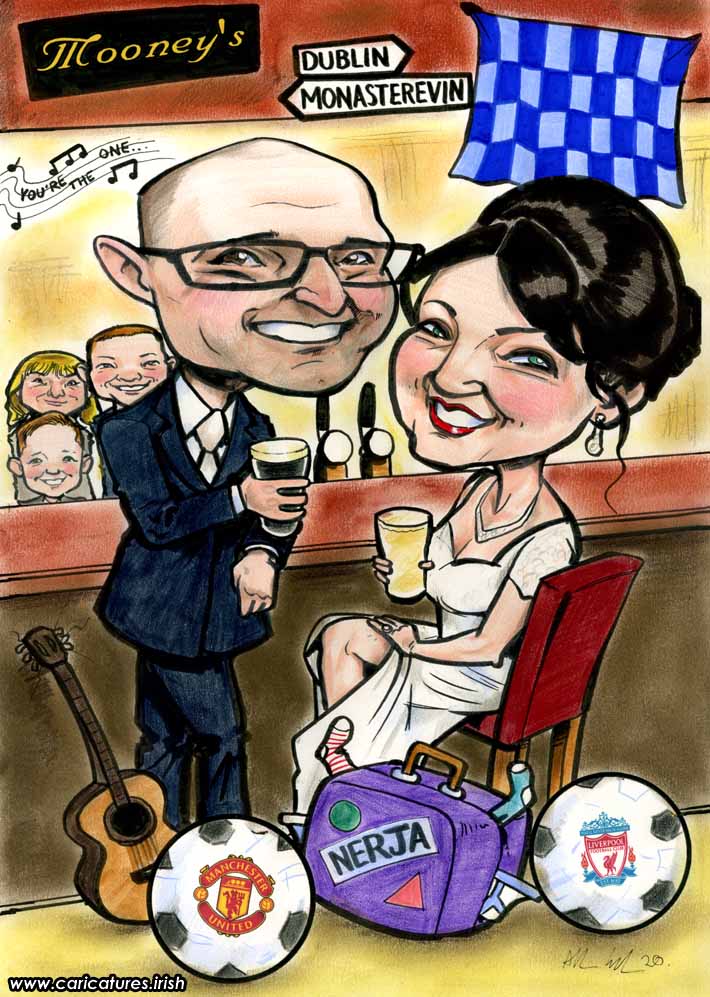 Irish Wedding Anniversary Gifts: I loved drawing this wedding anniversary gift caricature as I could tell from the photos they’re a really fun couple and I had a feeling this caricature art would go down really well with its subject! It’s based on one of their wedding photos and I’ve included some other elements from … Read more 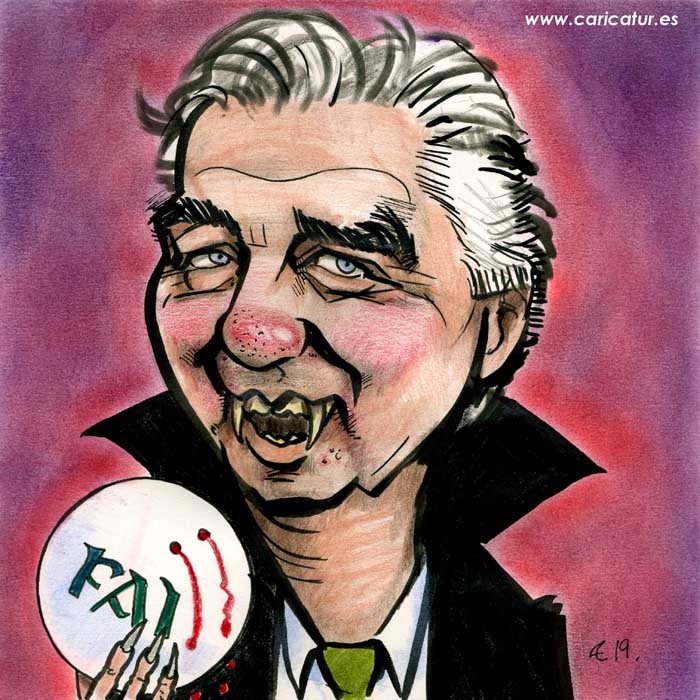 Grim Reaper Cartoon: Death enjoying a nice biscuit and a cuppa from a chipped Chelsea FC mug from Double Vision by Charlie Adley! “There are three cracks running from top to bottom on the inside of my Chelsea mug. Against the white they look like long thick dark strands of hair. The base still appears … Read more