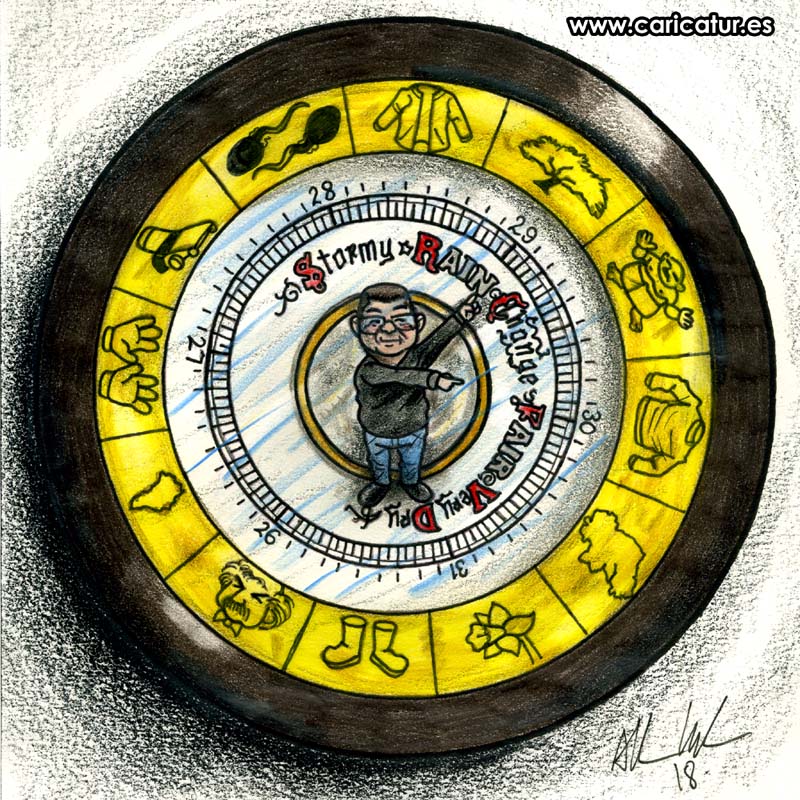 Barometer cartoon from Charlie Adley’s latest Double Vision column. I really enjoyed drawing this cartoon. It’s based on a barometer that hangs in my grandparents’ house in Greencastle. I used the barometer for my project when applying for art college. I drew it many times for that project and it all came back to me when I was doing the lettering you can see on the face behind Charlie.