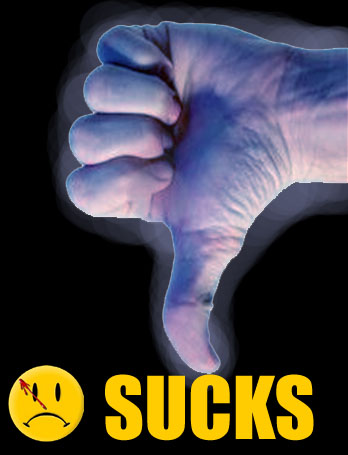 You would think that with 3 hours of screentime Watchmen would render some sense of sweeping narrative. Unfortunately while you do feel every minute go by, Watchmen is about as sweeping as a vacuum cleaner.
There was no mystery or tension. It was like seeing a collection of Old Masters out of their frames and hung by thumbtacks- they largely look the same but there is an obvious warping at the edges, and the original nuanced expressions have been pulled into rictus grins in every one. Director Zack Snyder has failed to grasp that the background characters are as important as the principals, and has excised them completely. The human scale is therefore missing, a vital ingredient of the original: this is the device that allows the tension to build throughout the book, pivotally in the newstand scenes between the two Bernies.
Dr. Manhattan serves as little more than exposition writ thirty feet tall. He has this amazing new power where he can stick his fingers in your head and make you remember shocking details from your past. Quick and convenient for helping Laurie have her Luke Skywalker moment, and in case she didn’t get it, and assuming the audience didn’t either, he tells her as well.
Snyder also eschews the mystery story completely in favour of ridiculous set pieces that allow Nite Owl and Silk Spectre to beat the shit out of people. In the book, Moore carefully dangles the reader morsels of the plot against the masks, and we get the sense of something huge brewing, something other than the dreadful mounting of Cold War tension that fuels the fear of the ordinary mortals. The only tension in the film is the clenching of Daniel’s buttocks as they work him up to a simultaneous fake orgasm with Laurie. Really, did we need to see such a close up of his arse? And obviously Nite Owl packed everything but the emergency prophyaltic.
The CGI is shockingly bad, and you’d wonder why they bothered with Bubastis at all. I’ll always forgive ropey special effects if there’s been an investment in story and character, but clearly here any such investment has been of the Bernie Maddock variety. Action sequences indulge in pointless slow motion, at one point almost becoming an action shampoo ad. All that was missing was an exploding bottle of Timotei.
And, they changed the ending. It now makes no sense. At all.
Save yourself the price of admission and buy the book instead. If you’ve got it already, send the money to Alan Moore’s local and ask them to put up a few pints for him behind the bar.